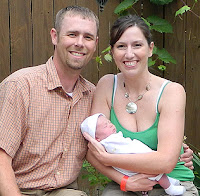 We are seeking an adoptive family who would be interested in adopting an African American baby due in March. The birthmother would prefer to place with an African American or bi-racial married couple. She would also be open to placing with a Caucasian couple, as long as they’ve already adopted African American children. She states no drug, cigarette, or alcohol use during her pregnancy. Once her child is older, she would prefer contact through letters and photos.

Lifetime Adoption is also in need of a Caucasian couple in their thirties who are Catholic or Protestant and who do not have any children for an adoption situation. The birthmother is expecting a full Caucasian baby in April. She states no drug or alcohol usage during her pregnancy. Prior to placement, she would like to meet the adoptive couple in person, and then stay in touch via letters and photos.

Another birthmother is expecting full Caucasian baby at the end of October. She would like to place with a Christian couple who have been married for at least five years. A couple under the age of 40 would be ideal. She is open to placing with a couple who already have children, just as long as they don’t currently have more than two children. She would prefer to create an open adoption plan, to include future contact through letters, photos, and visits.

Finally, we’re seeking a bi-racial couple who live in or near Pennsylvania that would be interested in adopting an African American/Caucasian baby. Birthmother is due in January 2012 and is expecting a girl. She states that she hasn’t used any drugs or alcohol during her pregnancy. After the adoption placement, she would like to remain in contact through letters, emails, and photos.

As your first step towards being presented to any of these situations or other similar adoption situations, please visit https://lifetimeadoption.com/application-adoptive-families/ and fill out our free application.