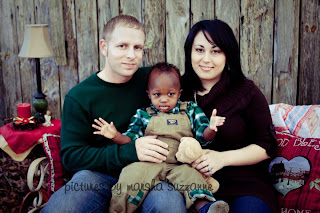 Can an adoptive family ever be like a real family? Is this right in the eyes of God? What does the Bible have to say about adoption? These may be some of the questions troubling you as you think of open adoption. Surprisingly, the Bible has a lot to say about adoption! Let’s take a look at God’s view of a family unit and His plan for orphans and abandoned children:

Adoption is legal (and Biblical)
Yes, we all know that there are several laws and regulations in most countries that make adoption legal. But, did you know that adoption existed in Biblical times as a legal option? According to the Word of God, the adopted child enjoyed the privilege of becoming a legitimate heir to the father’s estate and was treated as one among the family. The adopted child was treated as someone ‘born into’ the new family and as someone who has just started a new life!
There are many examples of adoption in the Bible: Esther’s adoption by her cousin Mordecai, Moses’ adoption by Pharaoh’s daughter, and Joseph’s acceptance of Jesus as his son. God even adopted the entire tribe of Levi as His own. The Bible indicates that there is no difference in the roles and responsibilities of parents and children, whether the child is biological or adopted. Adoptive families are ‘real’ families in the eyes of God and in the eyes of law.

The realities of adoption
Children brought into families through adoption are no different legally than a biological child. However the relationship and similarities that develop are typically nothing short of miraculous. In my own adoption, my son couldn’t look more different from me – he’s over 6 feet tall, very slender, and quite fair. Yet the traits we have in common are astonishing – similar personalities, habits, laughs, and even just a spirit of kindness towards “the least of these”. These traits are even some that I don’t share with many of my biological relatives! When I look at him, I know deep in my soul that God intended us for each other.

Spiritual significance of adoption
All believers are children of God and they are heirs through adoption (Rom. 8:15–17, 23; Gal. 4:4–7). This makes each of us a part of God’s adoptive family. God uses adoption as a beautiful metaphor to describe His relationship with those who believe in Him and His resurrection. This gives us the privilege of calling Him “Abba”, which is Aramaic for Daddy and is a Jewish expression of closeness of children with their fathers. In other words, a Christian’s identity is this: I am adopted by God (Eph 1:5). As believers we enjoy the rights, privileges, inheritance of biological children. This is by the law of grace.

The same grace is now available to adoptive families. Every child is a blessing from God (Ps. 128:3) and Christian adoption enables you to build a home with God’s Word as the foundation. Any family that is built on God’s Word will stand the test of time and will be used to extend His Kingdom, whether biological or adoptive!