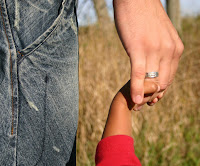 An eight-year-old girl is caught in the middle of an international adoption scandal, wrought with heartbreak for her biological parents, adoptive parents, and most importantly, the child herself. A Guatemalan judge ordered last week that the adoption was fraudulent and the adoptive parents had just two months to return the child to her home country.

“Situations like these are one reason I have never felt called to assist with international adoption,” says Mardie Caldwell, C.O.A.P., founder of Lifetime Adoption Center. “My heart aches for children truly languishing in foreign orphanages, but the international adoption demand has turned these children into somewhat of a commodity. For this reason, fraud in international adoption is nothing new. The extreme measures to which some unscrupulous people will go to in order to survive is what is driving many of the problems today.”

After a report of kidnapping by the Guatemalan birth mother, an investigation determined that the child was indeed kidnapped at two years old and then placed for adoption with forged documentation. She was adopted nearly three years ago by a Missouri family.

“The situation must be truly heart wrenching. There is simply no easy answer. I can’t imagine parenting my daughter for three years and then being told her adoption was fraudulent and I must return her to Guatemala, perhaps never knowing what became of her. Similarly, I can’t imagine having my child kidnapped, only to later discover she was shipped out of the country and now calling another woman ‘Mommy’ instead of me,” Caldwell says. “With international adoption, so much is out of your control as an adoptive parent and an adoption professional. Even the best international adoption agencies in the U.S. have little control over their counterparts in the foreign country. There are many truly wonderful and ethical international agencies but these problems can theoretically happen to any of them. The unknowns can be so great and so potentially tragic.”

Caldwell states that although her organization does not perform international adoption, she is quite familiar with the aftermath. “We have been asked to find new homes for hundreds of children adopted internationally by U.S. parents, referred to as readopts. They were not provided accurate information about the child they adopted and felt unable to fully meet the child’s needs after parenting for two or even three years. Often the adoptive parents are too embarrassed to return to the agency that helped them initially, so they turn to us.” Caldwell indicates that this type of fraud or intentional error of omission is the most common she sees, followed closely by couples turning to domestic adoption after an international adoption has failed due to bribe requests in the foreign country or arriving to find extremely ill children that were described as healthy.

In similar news, last week saw the closure of eight adoption agencies in Ethiopia due to the government revocation of their licensure. Adoptions in progress from those orphanages are under additional review before they will be allowed to proceed. And in China, a baby trafficking ring was broken up after eight children were sold to Chinese families for as much as $6,125 each.

For many families seeking to adopt, domestic adoption may be a safer route, advises Caldwell. “Whether you adopt a child waiting in the foster system or pursue a private adoption of a newborn or toddler, your opportunities to know where and whom the child came from are solid. Ultimately, parents need to feel at peace with the circumstances surrounding their adoption so they can move forward into the role of loving, caring parents without fear or concern that somewhere, half a world away, someone else is longing for their child who disappeared into the night.”