Am I Pregnant? Early Pregnancy Signs and Symptoms 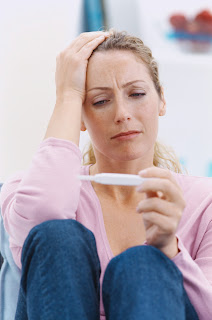 “Am I pregnant?” This is one of the most common questions asked by women. Of course, some ask it with expectant hope while some with fearful anxiety. But it is a question asked by many women, those who are trying to get pregnant and those trying to avoid it.

There are many common signs of pregnancy. The most obvious sign is a missed or delayed menstrual period. This is a general symptom in the first trimester and is usually the first indication to a woman that something different is happening within her body. However, there are instances where pregnant women experience some bleeding and spotting around the time of expected period, which is usually 6 to 12 days after conception takes place. But this bleeding is not as heavy as a regular menstrual period. A woman may experience “implantation bleeding”, which happens when the fertilized egg attaches itself to the uterine wall.

It is recommended to take a home pregnancy test if you have missed your period. These tests are very reliable and usually will accurately indicate if you are pregnant or not.

Other common symptoms of pregnancy include:

Many women want to know when they can hear the baby’s heart beat. The baby’s heart can begin to pump blood different from that of the mother as early as 21 days after conception, which could be just a few days after the woman’s missed period!

Of course, all these pregnancy symptoms cannot confirm a pregnancy. There is no online pregnancy test, nor is there any way to accurately diagnose a pregnancy from symptoms alone. Many women experience all these symptoms and end up not being pregnant while many others have no symptoms at all, only to find out that they are indeed expecting a baby!

19-year-old Jackie had been having sex with her boyfriend and they had been using a condom. One day, she realized her period was late and, upon checking a calendar, realized it was about two weeks overdue. “Surely it will come,” she thought, and continued about her day. But thoughts of a possible pregnancy kept creeping in. “Is my stomach a little bigger? Did I feel nauseous last week because of morning sickness or a little bug? If I’m hungry for a hamburger is that a craving?”

By the end of the day, her mind was spinning out of control with panicked thoughts about pregnancy. How would she tell her parents? Her boyfriend? What would she do with a baby? Would she have to quit college? What about adoption? What was she going to do?

She scoured the internet for a way to find out for sure if she was pregnant. She had considered buying a test but was too embarrassed. And besides, she was a little nervous to find out for sure. She’d have to make a lot of decisions. Wait, was that the baby moving?

She stopped by a pregnancy center offering free pregnancy testing the next day, wanting to see what help was available to her. The first thing they did was to offer a pregnancy test. Imagine her surprise when she learned it was negative, that she wasn’t pregnant!

Our bodies and minds can play tricks on us when we are worried about a life-changing event like pregnancy. And we shouldn’t make choices, like emergency contraception that can eliminate a pregnancy before we know if we are even pregnant, that can have lifelong ramifications. Ultimately, the only way to confirm a pregnancy is to take a test.

Take some time and take a test. If you are pregnant, your baby is counting on you to make the best decisions.