Why are Newborn Babies Murdered or Left to Die? 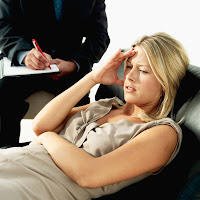 This week we learn about a mentally-ill woman, Kalina, who pleaded guilty to murder in connection with the deaths of five newborn babies. She secretly delivered these babies in her bathtub at home, and then hid them in her closet for their remains to be found years later. A few months ago, we learned about a baby who was thrown eight feet down a garbage chute into a trash compactor in a Brooklyn apartment, just after birth by the mother. Luckily this infant was discovered alive, but that is not always the case.

As disturbing as these incidents are, they are reality. Nobody knows the exact number of newborn babies abandoned or murdered every year, although some experts in the field estimate approximately 57 infants a day are abandoned across the country. Statistics also show that most abandoned babies are never found alive. The senseless deaths that occur when babies are abandoned need never happen. In an effort to prevent such tragedies, state officials enacted the Abandoned Infant Protection Act in 2000, which allows new parents to avoid prosecution if they leave their unwanted babies someplace safe such as a fire station or hospital within five days after giving birth. Yet, there are many other alternatives available for mothers who find themselves pregnant and unable to care for a child.

We do not clearly understand why some mothers abandon or harm their babies, but feelings of denial, lack of education, and economic issues are thought to play a large part in the problem.

One reason pregnant women may resort to such drastic measures is because they are uneducated about the options available. My book, So I was Thinking about Adoption, is available at no-cost and provides information to help you make a decision about the future of your baby. The book includes support from women who have been in similar situations and numerous resources to help women make an adoption plan if they choose to go that direction.

Another possible reason for discarding unwanted babies may be that some pregnant women hide their pregnancy from families and friends. It may be culturally taboo, an embarrassment, a decision to avoid confrontation in an abusive home, or a desperate attempt at hiding an affair. This was the case for Kalina who admits to hiding each of these pregnancies from her husband as the children were conceived with another man. Regardless of their reasons, these women need to be informed about the possibility of adoption as an alternative to abandoning or harming their babies.

If you or someone you know needs confidential help, please call the National Adoption Answer Line at 1-800-923-6602 24 hours a day. Help us save a child!