Adoption Myths: All About Birthmothers 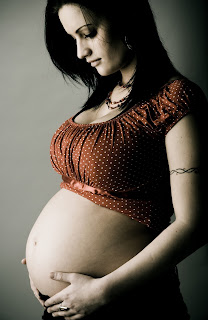 A myth, according to the Merriam-Webster dictionary, is “a story that is usually of unknown origin and at least partially traditional, that ostensibly relates historical events usually of such character as to serve to explain some practice, belief, institution, or natural phenomenon.”

Myths develop because not enough is known about a person or situation. Myths about birthmothers are no different. They have developed from a variety of sources, and society has come to develop them into a stereotype birthmother. For our purposes, let’s call her Mary.

If you believe all the myths about Mary, then she is a teenager who has made a mistake with her boyfriend and finds herself pregnant. Because she is pregnant, she has dropped out of school. She has no job skills, so she has to go on welfare because her parents kicked her out. She does not want a baby and does not love the baby. She thinks it will be nice to find a situation where she could be a co-parent, letting other people help her but see the baby every couple of weeks, just in case she wants him back.

Are most birthmothers really like Mary? In a word, no.

The picture painted of Mary presents an overview of the six most common myths and misconceptions about birthmothers.

Myth 1: All birthmothers are teenagers.
The ages of birthmothers encompass the range of childbearing years. Yes, some are teenagers, but there are also women in their forties who are pregnant and considering adoption. The majority are in their twenties and thirties.

Myth 2: They are choosing adoption so they must not love the baby.
The decision to place a child for adoption is an extremely difficult one, often made because the birthmother loves her child. She often could have chosen an abortion, but, because she values the life of her baby, she has decided adoption is best for the child.

There are circumstances when a birthmother does not take care of herself because of a lack of self-love or other factors that may contribute to a self-loathing attitude. Because of this, she does not get proper treatment, and the child may be born with problems associated with alcohol and/or drugs.

Myth 3: All birthmothers are poor.
It is true that some birthmothers are on welfare and do not feel they can adequately provide for the baby. It is also true that there are birthmothers coming from middle-class backgrounds. They may already have children, may be attending college, or may live with their parents. This applies to teenagers and older people alike.

The truth is typically somewhere in between. Often, they feel like they are getting by but simply cannot provide for one more child in the midst of all they are already doing.

Myth 4: Birthmothers are never married.
Some are not married. Some are married. Marital status has little to do with whether or not a woman should consider adoption. A woman should never decide to parent a baby simply because they are married.

Married couples often are surprised with an unplanned pregnancy. For a struggling family, decisions such as this can be heart-wrenching and difficult, especially for a couple who cannot afford another child or whose relationship is strained to a near-breaking point already.

Myth 5: Birthmothers have no education and no job skills.
Birthmothers can have college degrees, can be going to school, or have a prominent position. Most all have completed high school and have held jobs. Many are currently parenting other children which can be a full-time job! Some may have learning disabilities that make it difficult for them in a school setting.

A birthmother has a certain time period in which she can revoke consent of the adoption, usually no more than 30 days. After that, she can no longer change her mind.

So then what’s a typical birthmother like?
A typical birthmother is in her 20’s, parenting other children, and wants a better life for her child than she can provide. She may have a man in her life, but likely not one that is currently taking the role of an active dad to her kids. She realizes that adoption is a difficult decision but she knows it is the best choice for this child. She also knows that while ongoing contact may be painful sometimes, she needs the reassurance that her child is growing up happy, healthy, and with the family that she choose for him or her.